At the Swiss Volvo Meeting 2015, Volvo’s founders would have been baffled!

By Caspar Türler (text and pictures)

Participants, visitors and organisers alike are unanimous: The 13th Swiss Volvo Meeting (SVM) at „Kanderarena“ in Mülenen BE, was a huge success. Profiting from perfect weather conditions during the pre-programme on Friday as well as for the main event on Saturday and Sunday, the experienced organising committee welcomed between 600 and 700 Volvo owners with their cars from 8 decades to the Bernese Oberland. 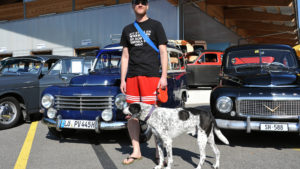 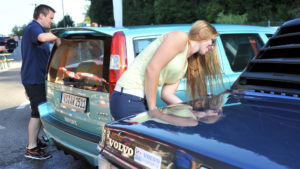 The numerous participants and visitors from all over Europe covered the same timespan in person: From babies in prams to OAPs in walking frames – everyone came to the beautiful Kander valley on four wheels. Those above 18 years of age, some of which had travelled days to be there, had one thing in common: the iron symbol, a circle with an erected arrow, on the bonnets of their cars. Andreas Haugen and partner Helene easily took the prize for the participants with the farthest journey: in their white Amazon, they had started a week before in Trondheim and covered some 2800 kilometres to the SVM. 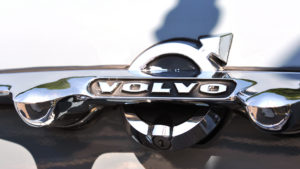 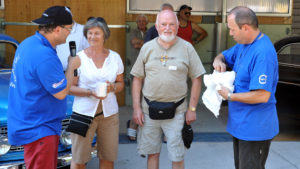 To kick off the meeting, around 30 foreign and Swiss drivers lined up their shining automobile valuables on Friday morning in the city of Thun in front of the town hall. Strengthened with some cheese and wine, everyone enjoyed a guided tour through the cobblestoned streets of the historic gateway to the Alps. 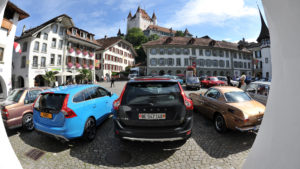 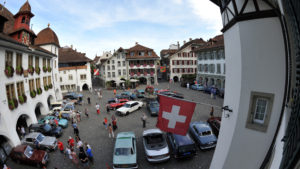 In the evening, a group of over 100 Volvo fans took Europe’s steepest cable car up to the “Swiss Pyramid”, mount Niesen (2362m / 7750 ft.). Surrounded by snow-topped giants, they enjoyed a magnificent sunset and dinner, raising their glass to the past, present and future of Volvo. 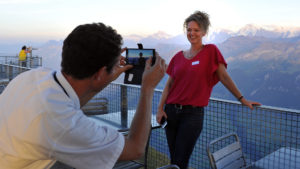 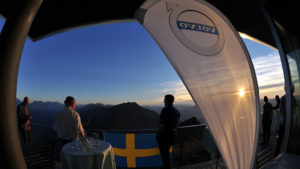 Organising committee president Stephan Würsten expressed his gratitude to the Volvo fans for travelling to the SVM from 11 countries, as well as the local volunteers for their great job in preparing the meeting. In Stephan’s words, gatherings such as this showed that people sometimes ridiculed as “scrap metal collectors” were in fact enthusiastic and important ambassadors of their preferred car brand for decades. Dennis Nobelius, the new director of Volvo Switzerland, praised the fans‘ fidelity as well and hinted at some exciting developments. The young Swede also recalled the sometimes difficult beginnings of the brand, when two visionaries with practical sense laid the foundations of one of the biggest Scandinavian success stories. 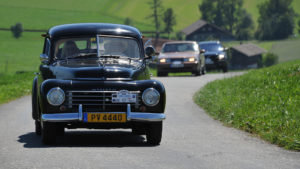 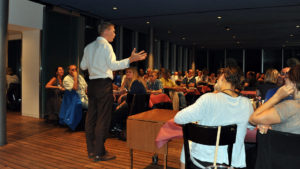 We can only imagine what it must have been when the first Volvo ÖV4 rolled out of the factory in Göteborg at about 10 a.m. on April 14, 1927. What would the then leading heads say about Volvo’s development up to today? Assar Gabrielson (1891-1962, chairman) and Gustav Larson (1887-1968, technical director), who lead the company as a team until the 60s, always placed the driver at the centre of their considerations. Hence, they attached particular importance to safety, durability, performance, comfort and design. Had the two founding fathers joined the crowds at the Swiss Volvo Meeting of 2015, a lot would have seemed familiar to them. But in the face of many other things, they probably would have been baffled. 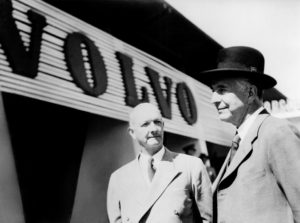 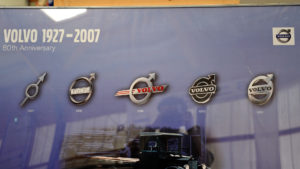 The two illustrious gentlemen would have been satisfied to see that their philosophy had been absolutely right and that their brand, now on a global scale, has remained a leader in the above criteria. During Saturday’s rallye to the Bütschelegg restaurant and Cholcolat Ammann (ca. 110 km), they would have loved to see that their “children” of the PV (hunchback) and Amazon series are still adored, cared for and driven 60 years on. Many still in their original state, some gently restored, and a few creatively “developed” further, having been lowered, equipped with spoilers, rollcages and modernised engines to deliver in excess of 200 horsepower. To say nothing of todays cutting-edge tuning technology used by the under 30 years olds to impress the girls (or the other way round!) outside the Kanderarena. 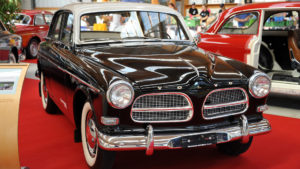 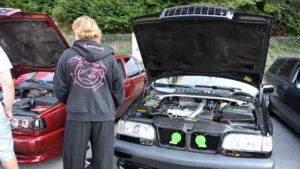 Strolling through the outside parking, Gustav and Assar could have learned about turbo engine technology and seen the influence of Italian design in the angular limousines and estates of the 70s, 80s and 90s. Only to realise that the design principles of their era have come full circle in the new millennium: Whereas the 40s and 50s had been marked by aerodynamic experiements and round American cars, today, considerations for reduced consumption, improvements in driver and pedestrian safety as well as new materials lead to comparably “flowing” exterior styling once more. 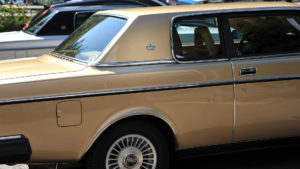 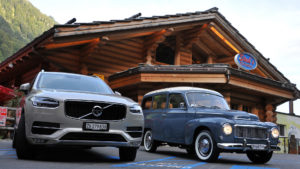 Today’s interiors, however, are radically different. Would our two imaginary time travellers have coped with an almost silent, hybrid engined XC90 without key nor handbrake? After a little instruction – surely! In this day and age, a dozen electronic assistants support the driver, warn him or her and even take active control, for example in case of an emergency stop. All that with the goal – called “vision zero”- in mind, that after 2020, no human will suffer lethal injuries in a Volvo or because of a Volvo any more. 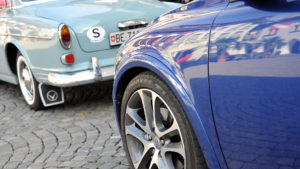 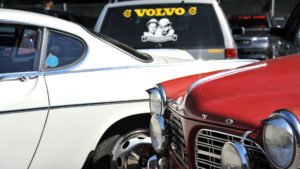 And Goteborg’s engineers won’t stop there. In 2017, Volvo enters its ninth decade and will integrate top technology as well as the best elements of its classic vehicles into the next generation of cars. Together with Assar and Gustav, we’re eagerly waiting to see what the future holds! 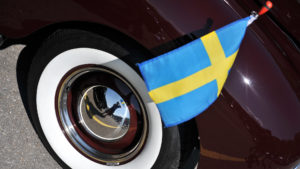 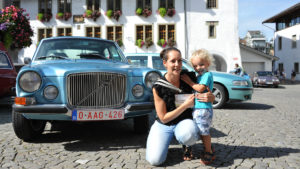